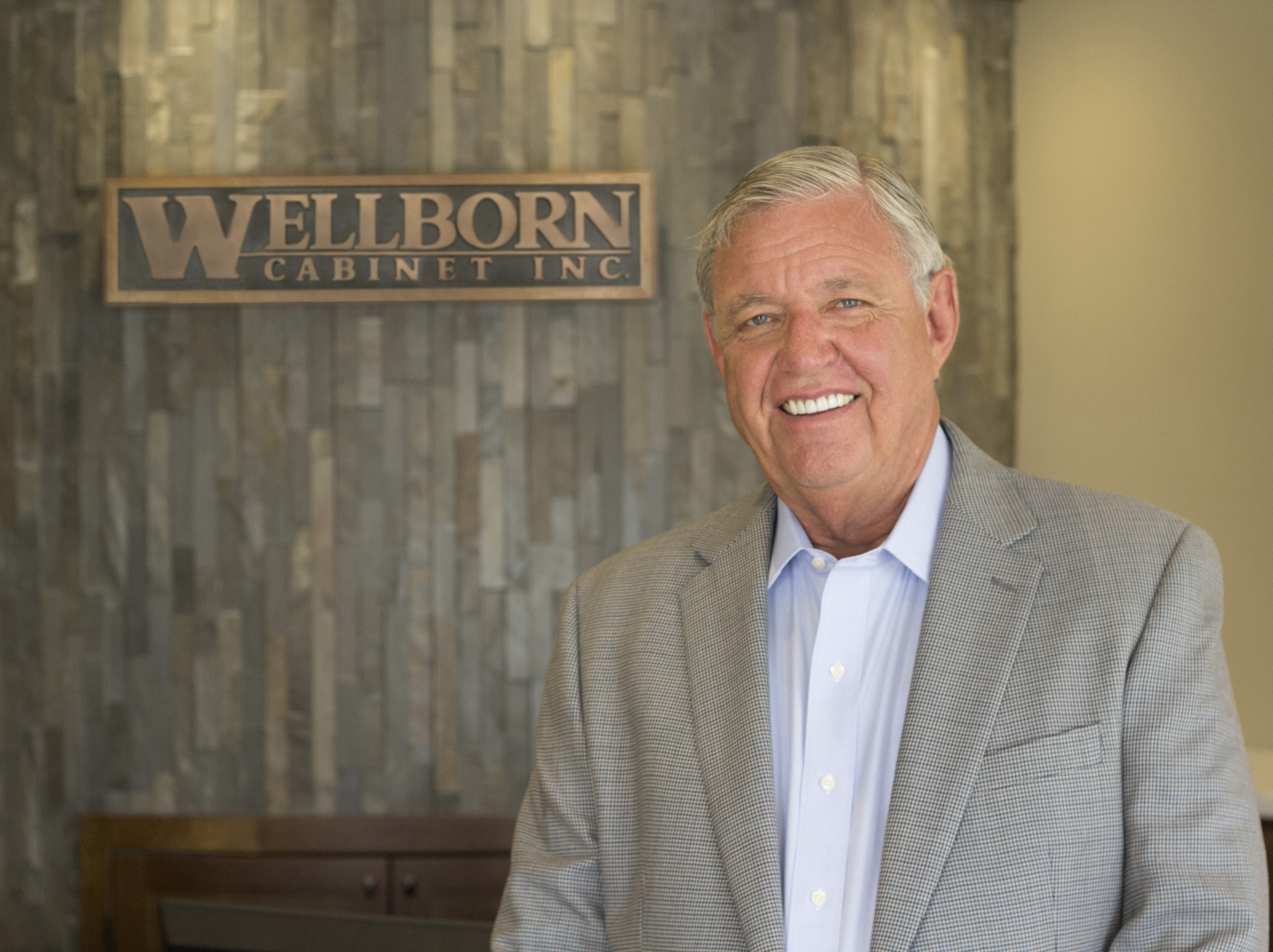 On October 11, 2016, the Woodworking Network announced that Paul Wellborn, the President & CEO of Wellborn Cabinet, Inc., was selected as one of their 2016 Wood Industry Market Leaders. This is an elite group of woodworking professionals that have successfully met competitive and economic challenges that North American businesses face, and have turned those challenges to their advantage. The companies under their leadership are thriving. “Paul is well-deserving of this accolade. Under his leadership, Wellborn Cabinet has grown in size, scope and sustainability, and is recognized as one of the premier cabinetry firms in North America. In addition, his service and commitment to improving the cabinet industry as a whole, makes him a perfect example of a true market leader,” says Karen Koenig, Editor, Special Projects at Woodworking Network, FDMC. Wellborn Cabinet, Inc., was founded in 1961 in Ashland, Alabama, by Paul Wellborn. The company began in a 3,200 square foot building manufacturing low-cost kitchen and bath cabinets and specializing in kitchen and bath cabinet contract sales for government-financed housing. Since then, Wellborn Cabinet, Inc., has increased vastly in both size and product selection, to include 7 product lines. Today, owned by Paul Wellborn and the Wellborn Family, Wellborn manufactures kitchen and bath cabinets from start to finish in a 2,000,000 square foot facility in Ashland, AL. Wellborn ensures their renowned quality craftsmanship by maintaining all levels of the cabinet making process in one facility. Paul Wellborn and the other recipients will be honored at a recognition event that will be announced in the coming months. Click Here for the complete 2016 Wood Industry Marketing Leaders article. (locate link on the PDF version of this release)